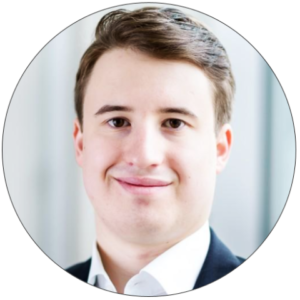 As the first half of the year lies behind us, we in the Venture Capital and Startup world find ourselves in a very different place than 12 months ago. From your perspective, what is happening right now?

Simon: We are definitely seeing a slowdown in investment activities, especially in the growth segments (series B onwards). There are a couple of reasons for that: First, 2021 was a record year in venture capital. A remarkable amount of deals and funding happened with much higher valuations than previous years. Inevitably there had to be some sort of slowdown sooner or later. So in this sense, I’d rather call it a correction, as opposed to a market collapse or anything like that. And that can actually be quite healthy.

Second, money is no longer cheap. Interest rates are slowly rising, which of course has enormous implication on funding on one hand, and where people allocate their investment on the other. In times of zero interest, there were not many investment options that promised yield, so it was logical that more investment went into venture capital. As more investment options are yielding interest again, less money will move into venture. However, keep in mind that there is still quite a lot of dry powder around that is somehow committed.

And thirdly, uncertainty around inflation and the underwhelming stock market performance of some startups and scaleups that recently went public, has caused some nervousness. Especially among those investors who see companies they are engaged in going public in the near future. After all, we have seen some companies that reached high valuation before going public, but afterwards haven’t necessarily fulfilled expectations at the stock market. This is channeling back into the pre-IPO phase. Investors are rethinking where valuations should be during funding rounds, as they might not actually see the anticipated returns, once these companies go public. And if that proves to be right, people are going to shift that capital to other investments that can generate higher returns.

What implications are these overall market corrections having on VCs and startups?

Simon: Well, we are definitely seeing VCs pushing their portfolio companies from hyper growth to profitability. That means cost reduction, first and foremost, but also reassessing and restructuring organizations in light of the current market climate. Basically, VCs and founders are asking themselves: What are the implications of inflation and higher capital cost, investment reorientation and reallocation, and fluctuating demand? How does this change priorities and roadmaps? Uncertainty drives desire towards investments that can produce near-term certainty and profitability, and this is a proof startups need to deliver now. This will be a decisive factor, for new funding rounds or in securing bridge funding from current VCs.

Is the investment cool-down noticeable across all funding stages, or are certain stages more affected than others?

Simon: The ability to raise funds for startups does depend very much on the stage right now. The stock market climate impacts later stage companies much more, and they are currently struggling to get deals done because investors are skeptical about the exit prospects. Right now, investors don’t really want to pour money into a company that plans going public in one or two years. For seed and early stage startups, IPO is still far on the horizon.

However, early stage startups are starting to reassess their funding goals and valuation expectations in light of the general market cool-down. They, too, realize that those hyper valuations of 2021 might not be realistic anymore. And overall, closing funding rounds is taking longer and there is more risk analysis and due diligence from the venture side again. Which, again, is actually a good development and very healthy.

Simon: Yes, very much. In the recent past, we have seen VCs completely skip due diligence to get deals done quickly. In some cases, this might have contributed to the underperformance we are seeing now. And as the market is less favorable in general, more uncertainty and higher capital cost, of course risk management and due diligence are and should be top priorities for smart and sustainable investment decisions. And as we are in an ongoing digital transformation of entire societies and economies, technology will play a crucial role in all of this.

Simon: Technology and product management are extremely important in any startup today. The way teams work with tech, how processes are designed and how well they are automated, the degree of maturity of product roadmaps and their development can make or break a young business. Also, how well business decisions and strategy are based on metrics and data, simply matters, if you want to secure future funding or convince your current VC to provide bridge funding. For this, you need data intelligence and technology.

What should VCs and Startups do now with regard to tech when working towards profitability?

Simon: As technology plays a crucial role in the capability of startups to shift from pure VC backed growth to profitability, we currently advise all our clients – on the investor but also the founder and startup side – to do a thorough check-up on their technology and product set-up to get a realistic understanding of how resilient and capable their tech leaders, teams, processes, and architectures are, and how well they manage the transformation towards profitability.

A lot of startups that are venture backed already will now have to have a frank conversation with their board on the perspectives of fundraising and in many cases, bridge financing will play a role. Doing their homework on the tech side, can be a decisive factor. However, to prove this, VCs might want to see an expert tech advisory report rather than just taking your word for it. But given this, they likely will be open to provide capital you need to get through the rest of the year.

What do you expect to happen in the Startup ecosystem moving forward?

Simon: We could actually see things get worse before they get better. There is still somewhat of an overhang from 2021 spilling into this year: Deals that have been done under a high valuation in late 2021 that have been announced recently or are still to be made public. As these run out, we could see the next quarters perform even worse.

Definitely, we will see the overall market correction settle in, which will most likely go hand in hand with some layoffs at strong growth startups. And we expect much more consolidation and M&A activity between startups as well as private equity and startups. Also in this context, risk analysis and due diligence will be key for making the right business decisions.

And beyond 2022 – well, that very much depends on how monetary policy will develop and if the economy is heading towards a recession. But, despite all of this, we are very confident that technology will remain the number one investment area and the passion and excitement of venture for tech will be going nowhere.